Home › Activism and Charity › END7 AND THE NEGLECTED TROPICAL DISEASES

END7 AND THE NEGLECTED TROPICAL DISEASES

Practicing medicine in this country truly is a luxury because as a physician, I have access to all the tools I could ever imagine to treat my patients. Even if the place I am in doesn’t have something or someone, certainly someplace else nearby does. Not only that, but because we all live in the developed world with (mostly) universal access to sanitary water, dwell in a non-tropical climate, and have physicians that are readily accessible compared to the rest of the world, there are many diseases and problems that I will never see as a function of location and our nation’s economic prowess.

However, the rest of the world is not so lucky. There are seven diseases in particular—ascariasis (roundworm), trichuriasis (whipworm), hookworm, schistosmiasis (snail fever; the second largest parasitic killer behind malaria), lymphatic filariasis (elephantiasis), trachoma (the leading cause of preventable blindness) and onchocerciasis (river blindness)—collectively named the Neglected Tropical Diseases (NTDs) that do not kill, but chronically plague billions of people and take from them what would have otherwise been a productive life.

The following pictures detail a woman with elephantiasis, and another woman with river blindness: 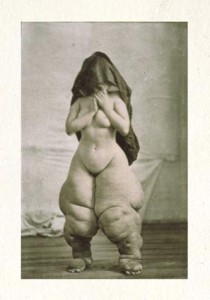 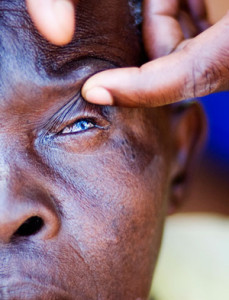 Yes, I know you’ve never heard of these diseases nor should you ever concern yourself with getting them. But, these diseases are a big deal because they affect more than one billion people in the world. That means, one out of every six people on the planet carries one (or more) of these parasites and bacteria in their system. In fact, one-third of all women worldwide are infected with hookworm and more than 500 million children have one of the NTDs. Further, these diseases don’t just cause an annoying cough or a runny nose: they induce blindness, massive swelling in the arms and legs, anemia (low blood count), malnutrition, are a major contributor to complications in pregnancy for women, keep adults from working and prevent children from attending school. Since the NTDs also weaken the host’s immune system, the infected patients are also more predisposed toward contracting HIV, thus adding more fuel to the prison of disease. Essentially, these illnesses can start a never ending cycle of poverty and sickness on otherwise innocent people, families and communities.

These diseases also are not contracted by people engaging in “risky” behavior—the typical means of transmission is through the soil, unsanitary water, mosquitos and flies. The formal risk factors for contracting the NTDs are lack of access to proper health care facilities, poverty, unsafe water and poor sanitation facilities. The endemic areas are predominately Sub-Saharan Africa, followed by South America and parts of southeast Asia.

The good news is that there is a cure for all of the NTDs. The problem thus far has been securing, and then getting the medication to the areas that need them the most. The good thing is, all the NTDs can be treated with common medication for a cost of about 50 cents per patient per year. Just think that with the loose change you find in your sofa, you have the power to save someone’s life. The most visible organization, END7 (www.end7.org), has made it its personal mission to eradicate all seven of the NTDs by the year 2020. They attempt to accomplish this after securing charitable drug donations from pharmaceutical companies and next giving them to residents in areas of the highest disease prevalence. END7 receives grants and funding from several private institutions and governmental organizations, but you can help as well. Click the link to be taken to a fact sheet: http://www.globalnetwork.org/factsheets-and-publications.

I also encourage you all to visit the very informative END7 website, perform your own research and consider making a one-time or a recurring donation. Be sure to check out the videos they have on their site which can give you all you need to know in less than five minutes. After all, isn’t saving a human life worth so much more than 50 cents a year?

3 comments on “END7 AND THE NEGLECTED TROPICAL DISEASES”